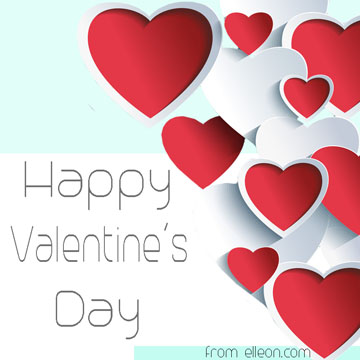 Cards, gifts, chocolates, professions of love…  Who started it? When was it first celebrated? It actually dates back to ancient Rome! The Romans observed a holiday on February 14 to honor Juno, the Queen of Roman gods and goddesses. On February 15th, they celebrated a fertility festival called the Feast of Lupercalia. An interesting custom was performed on the day before the Feast. Single, young people were coupled-up via a lottery, of sorts. The names of available young women were written on a slip of paper and the available young men would draw a name from a jar. The pairing would last for the duration of the festival, though, some couples stayed together until the following year's festival. Of course, many of these pairings resulted in true romance, love, and then marriage. (the lottery was discontinued a few centuries later, as it was viewed as an un-Christian practice).

Ok, so you're wondering how St Valentine got his name into this? It's coming… Emporer Claudius II of Rome was a bit of a war-monger and he was finding it hard to recruit young men. They didnt want to leave their girlfriends or wives and families. Claudius cancelled all marriages and engagements in Rome to put an end to that foolishness. Enter a Roman priest named Valentine. He was a romantic at heart and continued to secretly marry couples. When his 'treasonous acts' were discovered, he was jailed, brutally beaten, and put to death on February 14, 270AD. Fr Valentine was later canonized as a Saint and his legacy of commitment to love and marriage has been celebrated ever since.

And you thought Hallmark and Russell Stover started this holiday!